Defenders for All Campaign

The Defenders For All campaign is a coalition of immigrant leaders, community organizations, and legal service providers that support the creation of a fully funded immigration unit within the Cook County Public Defender’s Office (CCPD) to protect immigrants against deportation.

We believe that all immigrants deserve equal protection under the law.

At the moment, the CCPD does not have dedicated expert immigration attorneys available to provide comprehensive and holistic representation to their non-citizen clients.Due to the increased intertwining of our immigration laws and criminal laws, non-citizens in criminal court can face significant consequences if they are not advised properly by an attorney with immigration law experience. 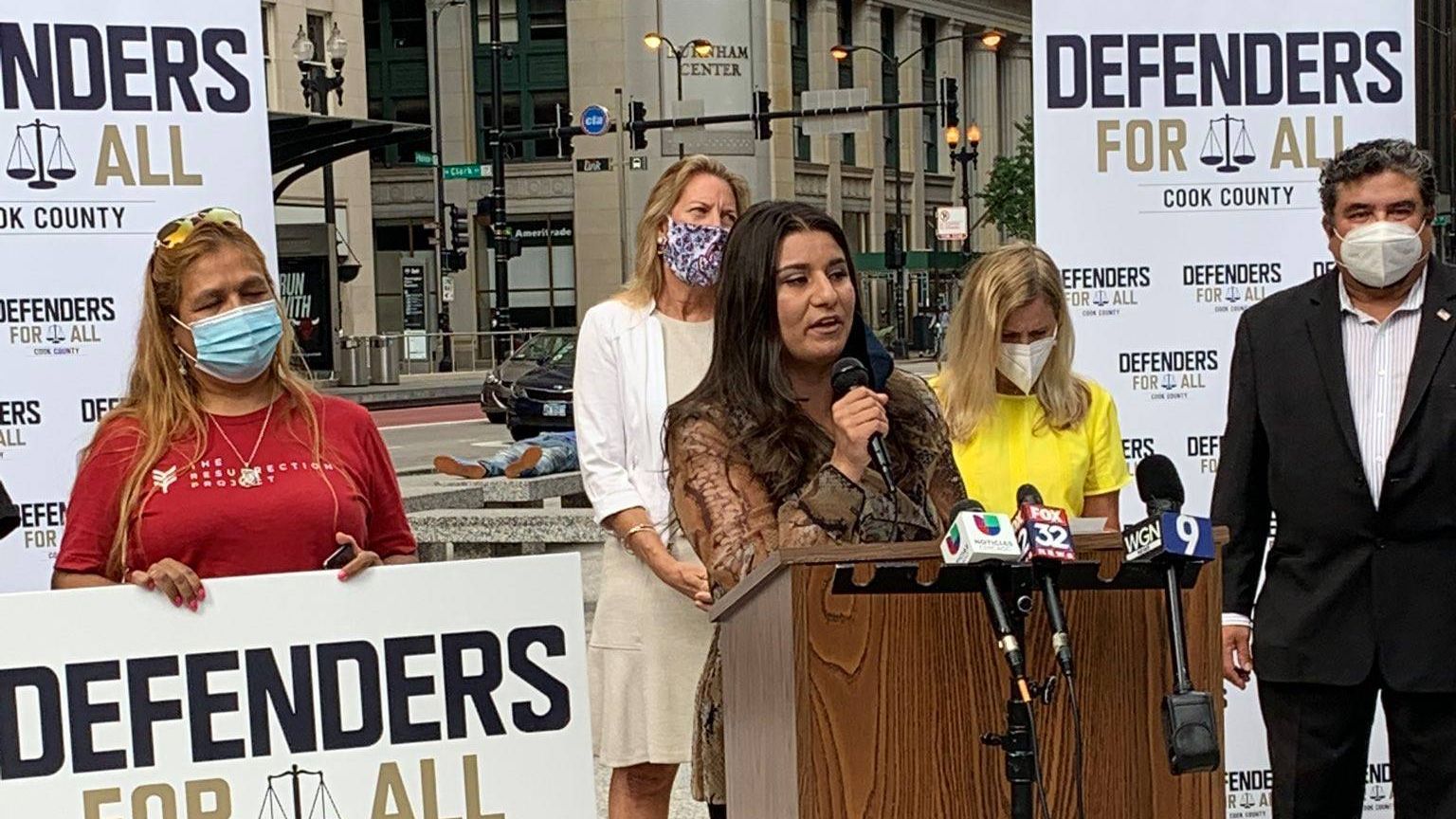 In 2019 alone, 1,476 immigrants (48% of all bond cases) were left without legal representation in their bond hearings at the Chicago immigration court and faced a greater risk of remaining separated from their families for many months. Unlike in the criminal justice system, there is no guarantee to a government-provided attorney in the U.S. immigration court system. Keeping immigrant families separated hurts our U.S. citizen children, our communities, and our economy. 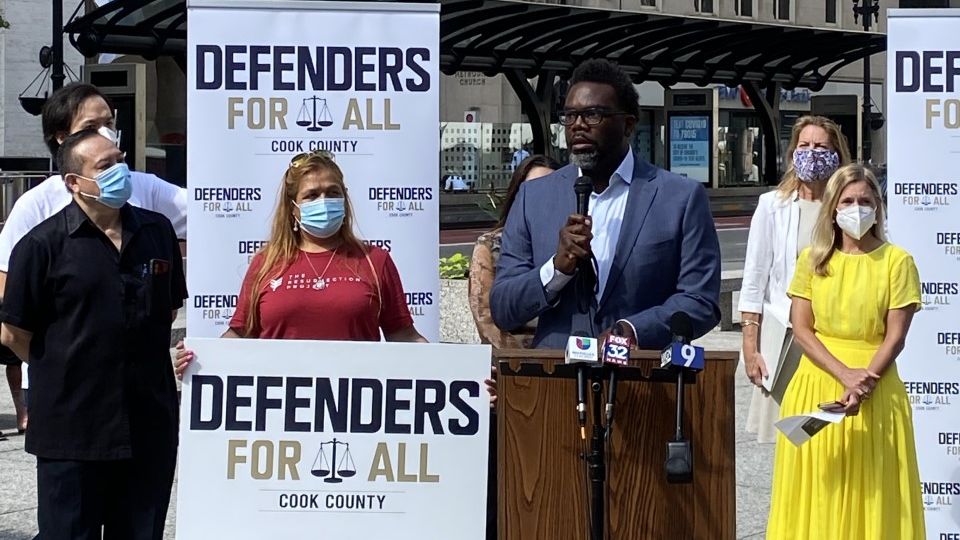 We urge President Preckwinkle and the Cook County Board to fund the creation of a dedicated immigration unit to protect our immigrant communities against deportation and separation from their families, especially Black immigrants, who despite accounting for less than 10% of total foreign-born population, account for 20% of all deportation proceedings based on criminal convictions. 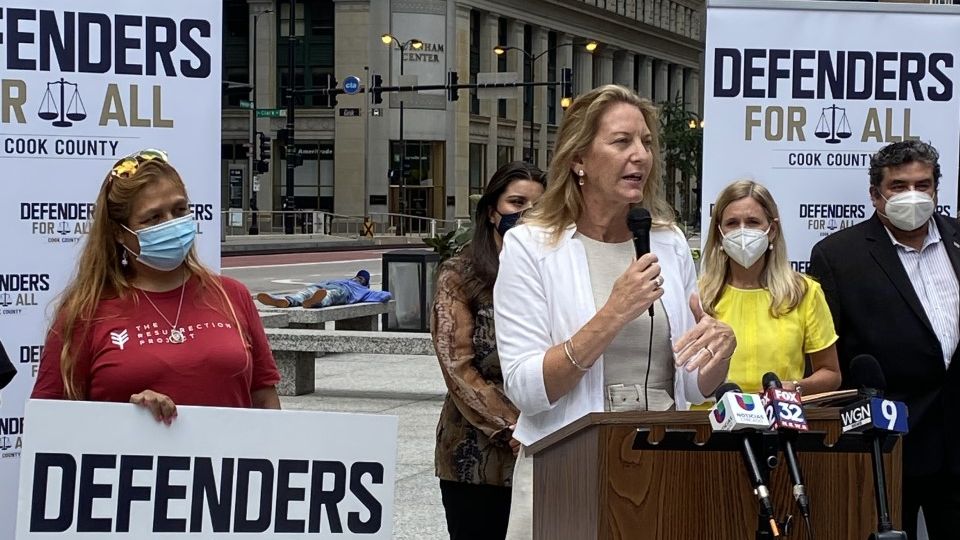 We, the undersigned collection of elected officials, community and labor organizations, and faith leaders, urge Cook County to act on its responsibility to provide equitable justice to all members of our community and safeguard our economic recovery, and support the Defenders for All campaign initiative to establish an immigration unit within the Cook County Public Defender's Office. 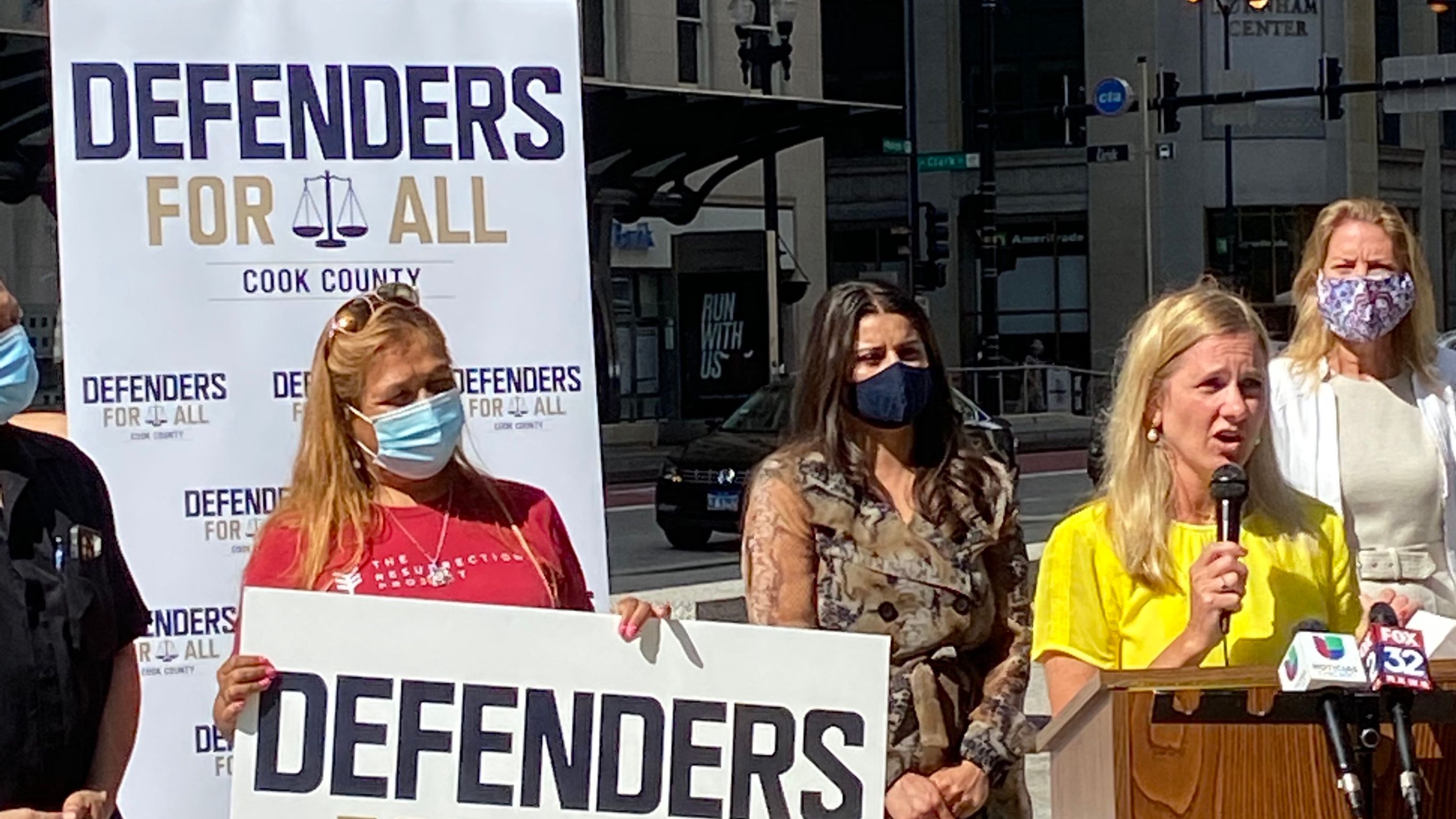 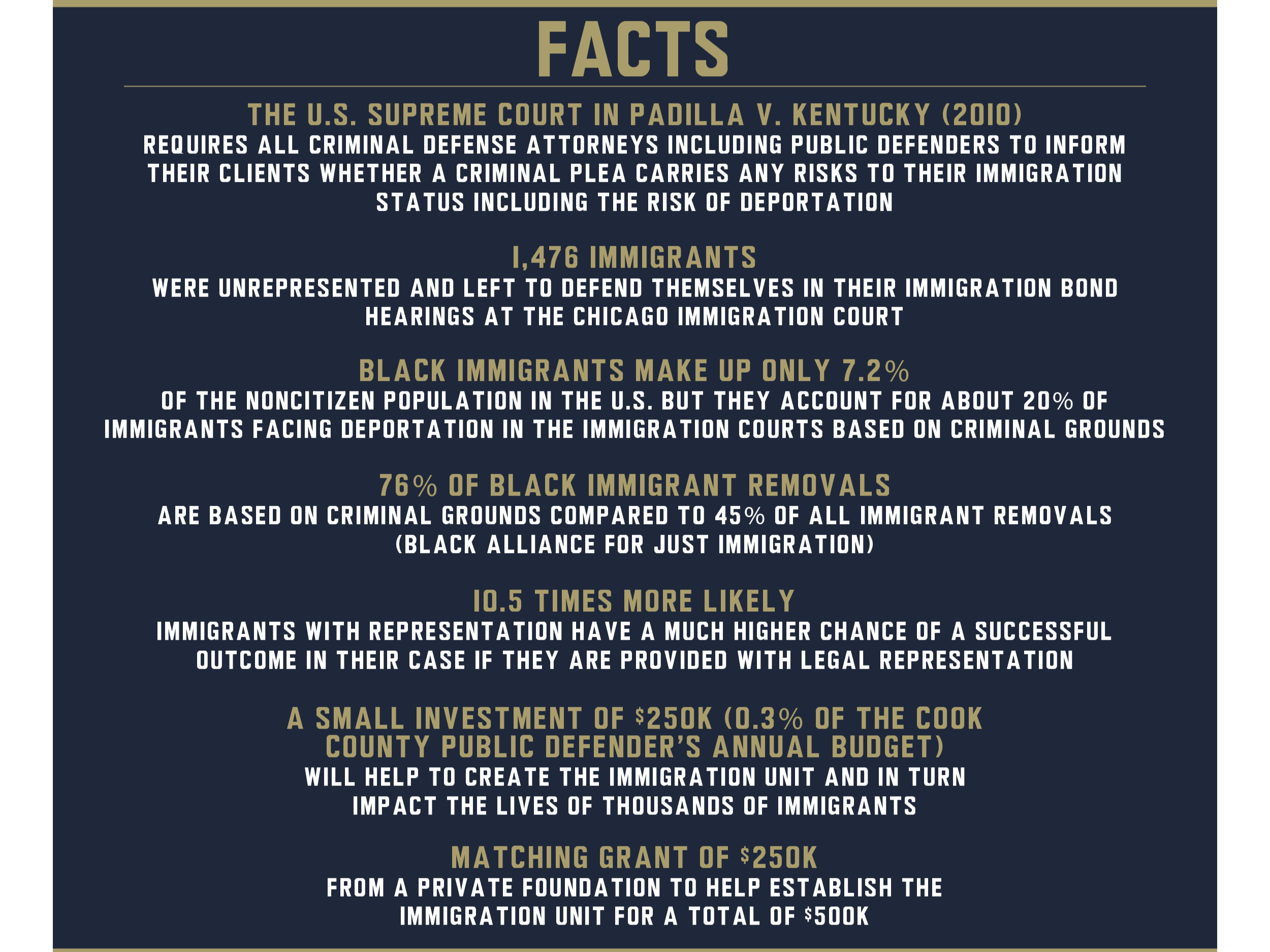 About the Public Defender